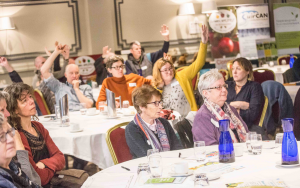 Kilkenny PPN is seeking nominations for the following seats:

What are SPC’s and what policy areas do they cover?

See the below for more information!

What are they?
The statutory basis for Strategic Policy Committees (SPCs) is set out in section 48 of the Local Government Act 2001, as amended by section 41 of the 2014 Act.

Each local authority has established SPC’s which bring together both elected members, and people actively working with social, economic, cultural and environmental bodies to develop and review policies related to council services.

The elected representatives have a similar role to that of a board of directors. The SPC system provides them with a better focus and enhanced capacity for involvement in policy formulation, review and evaluation with inbuilt assistance of relevant sectoral interests and the support of a Director of Services.

SPCs prepare the groundwork for policies which are then decided on by the local authority, including as appropriate at municipal district level. Accordingly, local sectoral interests, including trade union, farming, environmental and community & voluntary sectors, along with the business community, constitute one third of the membership of SPCs.

The council is and remains the decision-making authority, and it is the task of the SPCs, as committees of the council, only to advise and assist the council in its work.

The success of the SPCs is crucially dependent on the active involvement of councillors and on a positive mindset from all involved.

To find out what areas each SPC covers, click on the below link: